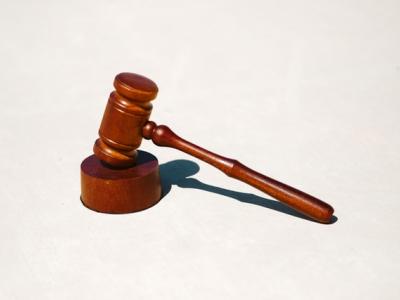 Pre-program: Elections & Club business
The election for the Executive Board will be held at the May 11th meeting.  All positions are up for re-election annually.  If you would like to nominate someone, or run for one of the positions yourself please contact Brian Narveson.  You will also have a chance to verbally nominate someone at the meeting.  Please verify the person is willing to serve before nominating them. The following positions are elected annually:

Miss this event? Here's a recap:

The meeting came to order at 6:36pm with 22 members present.

Election of the Executive Board followed by a vote on the rewritten bylaws.

Brian presented the list of candidates for the Executive Board:

A request was made for nominations from the floor. None were made. Brian asked for a second on the list of nominees and several people granted it. As all roles were running unopposed, the slate was presented as a whole. 24 members were present. 22 voted in favor. 2 abstained. Motion passed by majority vote.

Welcome to the returning officers and new VP Austin Miller. Thank you to Jerry W for serving as VP for the past couple of years. And a thank you to the current board for serving this past year.

Article 6 section 3: Change "husband and wife" to "spouses". During the meeting, that was verbally amended to "partners" to be inclusive.

27 members present for the vote. 24 voted in favor of the rewritten bylaws including the proposed changed. 3 abstained. Motion passed by majority vote. The new bylaws will take effect in the 2021-2022 camera club year.

Final note by John Z.: Be sure to pick up your prints, especially now so they don't get mixed in with EOY prints. The garage is open until 4pm or they can be left between the doors on the house. If you have any issues, call John.

Final note by Brian N.: Thanks to everyone for participation this year, especially in light of all the problems due to the pandemic and lack of in person meetings.