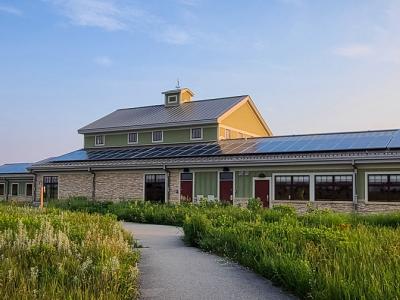 Located on Brice Prairie, this part of the Upper Mississippi River National Wildlife and Fish Refuge is known informally as the Onalaska Wildlife Refuge. It consists of a large parcel of prairie land with a visitor center on one and, an overlook of Lake Onalaska on the other end, and various trails in between. The trails are either paved or gravel and well maintained (except in the winter).

The prairie is filled with flora, birds, and insects. While going off the path is not allowed, the flowers come right up to the trails on either side. It's a great place for macro photography and occasionally birds if you catch them alighting on the tall grasses. Or try to catch the swallows as they swoop out from their nests on the building.

Have you photographed here?

Fees and hours subject to change. Call or check the location's website for the latest.

Open during daylight hours only.

Restrooms: Permanent
Parking: Onsite lot
WHAT OUR MEMBERS ARE SAYING ABOUT THIS LOCATION

PHOTO GALLERY
This location does not yet have any photos. Have you been here? Add yours!