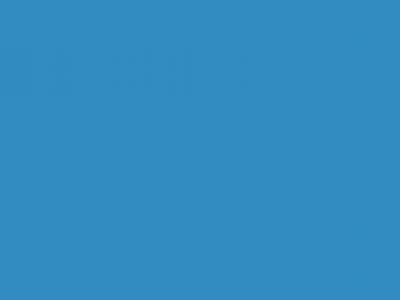 Offers club members a chance to learn photography from more experienced members who have volunteered to teach various topics. In addition to offering one on one support, the mentors often get together in small groups for outings. This program is open to anyone who is looking to teach or learn regardless of skill level.

Get started with a mentor
1 - Choose

Find a mentor below that is teaching the skills you are looking to learn.

Depending on the mentor, you may do one on one training or go out in small groups.

Being a retired Manufacturing Engineer and a creative photographer, I enjoy the challenge of seeing an image in my mind and then creating a setup to make that image, like Micro-processor controlled light painting sticks, strings and wheels (think Spirograph). Over the past 20 plus years I have been 80 - 85% successful in doing so, and have presented these workshops for N4C, local and distant camera clubs, schools, 4-H Groups and many others. So if you wish to get creative within your camera and push your creative envelope, lets talk.

I currently am doing many wedding photos and family portraits etc.  I have shot over 50 weddings and many family and senior and high school events too.

I enjoy landscape and specially macro- to show God's "little" world of His beautiful creation!!

I'm a relatively new photographer (5 years) but have spent a fair amount of time using off-camera flash gear for portraits and environmental shots. I'm open to sharing the basics of using this gear. I currently have a couple of Cactus speedlights and a 70cm softbox to modify the light. I also have a spare Fujifilm X-T1 body and lenses to practice with.

I have been shooting since the 1960's. I prefer one on one working with someone. I have shot weddings, sports, nature, macro, night and astrophotography. I am trying to get the time to work on my flash portrait photography.

I enjoy photographing activities that have action. Because I have active grandchildren I have photographed baseball. basketball, football, soccer, hockey and dance. I have also photographed rodeo, moto cross and drag races. I also enjoy landscape photography, especially creeks, woods  and waterfalls. I can work individually or with a small group.

I shoot Nikon, with a Z 6 and Z 50, with several Tamron and Nikkor lenses, mostly shooting nature and wildlife. I use mostly Lightroom for editing both on a PC and iPad. I also use Exposure X6 editing software, in case I eventually get fed up with paying Adobe every month.

Tim Hammond is an American photographer who moved to La Crosse, Wisconsin in 1980 to begin a career at the Trane Company Laboratory after four years of active duty in the United States Air Force. He was born in Garrison, North Dakota in 1955 to a construction worker father and a stay at home mom, the quintessential nineteen-fifties blue-collar family. At an early age he and his family moved to Superior, Wisconsin where Tim grew up.

He developed a love for photography while in elementary school. Using a Polaroid Swinger camera Tim’s parents had given him for Christmas he began taking pictures of people in their environment. Little did he know that he was already becoming a street photographer. He’s maintained a connection with photography ever since. Tim is a photographer who primarily devotes his photographic creativity to Street Photography and Environmental Portrait Photography. “What’s important,” he states, “is showing people living in their everyday environment.”

In addition to being self-taught, his photographic education includes training while a Photographer’s Mate in the United States Naval Reserves, classes at the University of Wisconsin-La Crosse (UW-L) as an Art and Communication Major, and a number a Workshops in Street Photography in Chicago, New York City, Cuba, Tokyo and Paris.

Several instructors deserve special mention. During a class at UW-L Justyna Badach, his instructor at the time, encouraged him to follow his instincts and ‘go into the streets.’ She helped him realize that he was becoming a Street Photographer rather than a studio photographer. Tim comments, “Justyna’s critical yet profound statement lead me to understand that the world was my studio and the subjects are endless.”

Tim has received a variety of awards and honors for his photography. During the La Crosse Oktoberfest Photography Contest he received First Place in 2014, Second Place in 2015, and a number of Honorable Mentions in previous years. Additionally his project, titled “My Seven Day Project,” was featured in Issue 13 (June 2014) of the online photographic publication Street Photography Magazine.

I am an active user of PSCC 2020 and 2021  and also Lightroom CC.  I do not know PS Elements well.   These programs work well with the creative category.  If you have any questions I  would be happy to see if I could help you.

I enjoy shooting landscape, nature, and astro photography, especially when I get the chance to travel or explore somewhere new. I also like to think I have a strong understanding of editing techniques in Lightroom and Photoshop CC. I'm always open to questions, suggestions, or going out for a shoot!